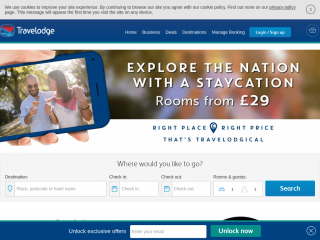 In 1985, Travelodge became Britain’s first value hotel brand when it launched in the UK, opening its first hotel at Barton under Needwood in the heart of England. Since those early days, Travelodge has gone from strength to strength. It is now the UK’s largest independent hotel brand, with more than 560 hotels and 40,000 guest bedrooms, right across the UK as well as in Ireland and Spain.